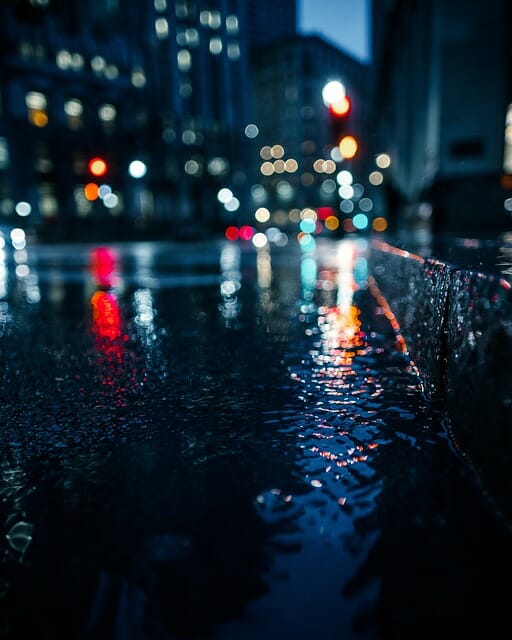 An involuntary return is the prelude to Breaths which is included in Bordertraveller stories by LarsGöran Boström. When Emmy, 26 years old, with a high-speed career, returns to her hometown, it leads to problems on several levels. The clash of cultures is obvious, but beneath the surface, there is a deeper conflict. A contradiction that will bring her valkyrie to life. Here are the first impressions Emmy gets when she arrives.

Listen to the story

Sample of Breaths with Natalie as the narrator

“The familiar contours are getting closer as the train slows down as it approaches the train station. A shiver finds its way through her slim body. Disgust and revulsion, a feeling she has been relieved from, for years, now it is back.

She fumbles exhausted after the railing on her way out of the train. The hands shake impossible to completely control. The homecoming feels like a defeat when she later stands with both feet on the platform. Must free herself from the crowd at least.

Must, to regain the balance.

She takes a hard grip of the bags that seem to be loaded with stones. The train starts with a screeching sound to move. Now there is no way back.

Finally, outside the bus stop, Emmy takes an exhausted breath to get the feeling to pass by. The grey then suddenly gets a little nuance. Though it may just be the neon sign above the entrance of the pub on the opposite side of the road that shimmers. She takes a new breath and puts her feet back in motion. The wheels from the big suitcase makes strained sounds, when it is forced to cross over the cobblestones. The left shoulder is overloaded by her other overcrowded bag. But it feels foolish to call for a taxi since the road to where she is going is rather short.

She has rented a furnished apartment in the centre of the little town. The pictures on the net seemed trustworthy. A nineteenth century building, where you have retained the interior in classic style and added top modern technology. She knows the neighbourhood like the contents of her own handbag. However, the house where the apartment is located, she has never set her foot. Just passed by with the insight; what a wonderful architecture. From then until now, lots of water has passed under the town’s bridges.

The twilight that has lowered itself like an inverted rug over the city is slowly resolving and passes into night. Emmy hurries up her steps with an attacking fear crawling along her back. Soon, however, she stands unharmed in front of the magnificent gate of oak. Her fingertip moves over the code box, 3 4 2 4, and the lock click. The door squeaks easily when she pulls it up. A sigh of relief falls over her lips as it closes again, and the light in the stairwell lights up.

The day has elapsed as she had planned. Now she only has the rest of her days left to defeat.

She pulls the heavy suitcase up the stairs to the first floor. Of course, the elevator did not work. No excitement, no wonder if the images on the net were accurate, when she stands outside what will be her cubbyhole. After the emotional stress since she stepped off the train, she knows that the only reason she is here is the offered manager position, a milestone in her career. Twenty-six years old and woman, it will be agonizing for the general opinion.

Emmy knows how it is. In a town where everyone knows almost everyone. It is an excellent breeding ground for a grey man’s world. V I P is here the same as male, that is the same as bald, who paves the way for his son, whose trip towards the top becomes short, and so it has always been, deep sigh.

Emmy smiles deviously at her spinning thoughts as she opens up the door to the apartment. The impersonality strikes her in the light of an ugly lamp. It really was not included in any picture on the net. The shoulder bag falls against the oak floor in the hall, while the lamp keeps on bugging her as it spreads a faint orange shade, when she enters the living room. There, too, several changes must be made. Things that need to be cleaned out.

Emmy crashes seconds later, on the bed. A sudden exhaustion causes sleep to quickly rock in.” 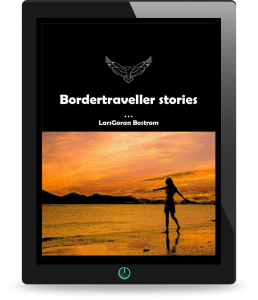 The book “Bordertraveller stories” is now available in Google Play Books and BiQStore as an ebook with an integrated audiobook!